Episode 30 - PREDATORS and THE PREDATOR: Edwin (Topher Grace) was really a genetic-hybrid predator!

This week we talk PREDATORS! We believe Topher Grace's character, Edwin the doctor/serial killer, is actually a human-predator genetic hybrid who was trained like a dog by the Predators and placed among the humans as a decoy, to purposefully lead them to their doom.


Rent or buy Predators and The Predator, and follow along with us!

This week, we talk about the 2010 film PREDATORS! We believe Topher Grace's character (Edwin) is actually a human-predator hybrid who was trained like a dog by the Predators and placed among the humans as a decoy to lead them to their doom. 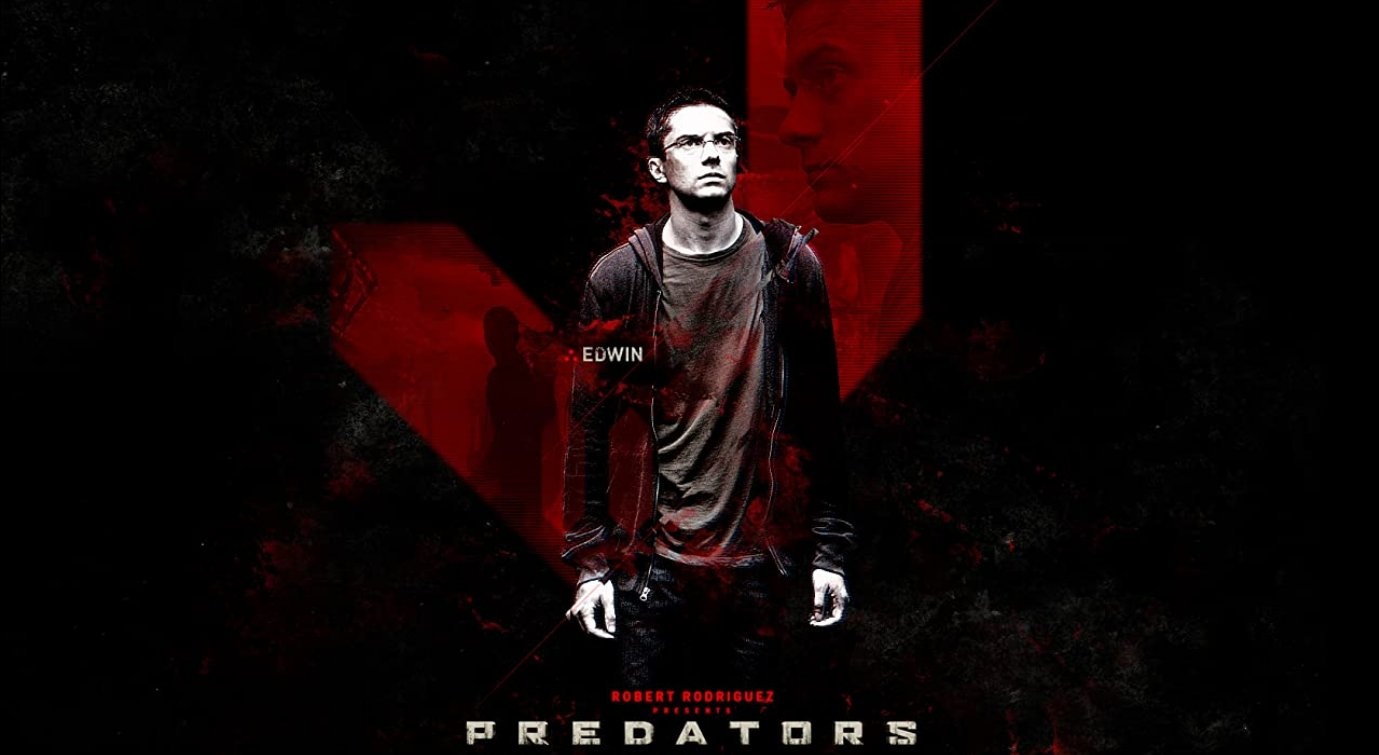 When the group first meets Edwin he's deliberately placed in a helpless position. 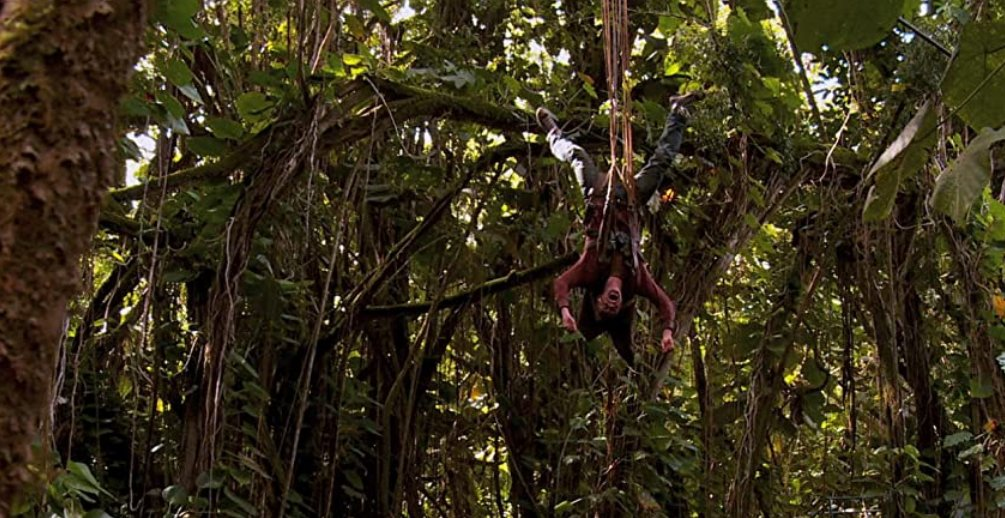 He pretends not to see them even though they are impossible to miss, directly in his line of sight.

He wants them to see him as weak and helpless to gain their trust.

Edwin knows about the paralytic plant Archaefructus Liaoningensis. On Earth, this is a harmless fern.

On this alien planet, we see that it causes paralysis. The version on this planet must be some sort of alien hybrid version of this plant. How does Edwin know so much about an alien plant, unless he is a human-predator hybrid himself? 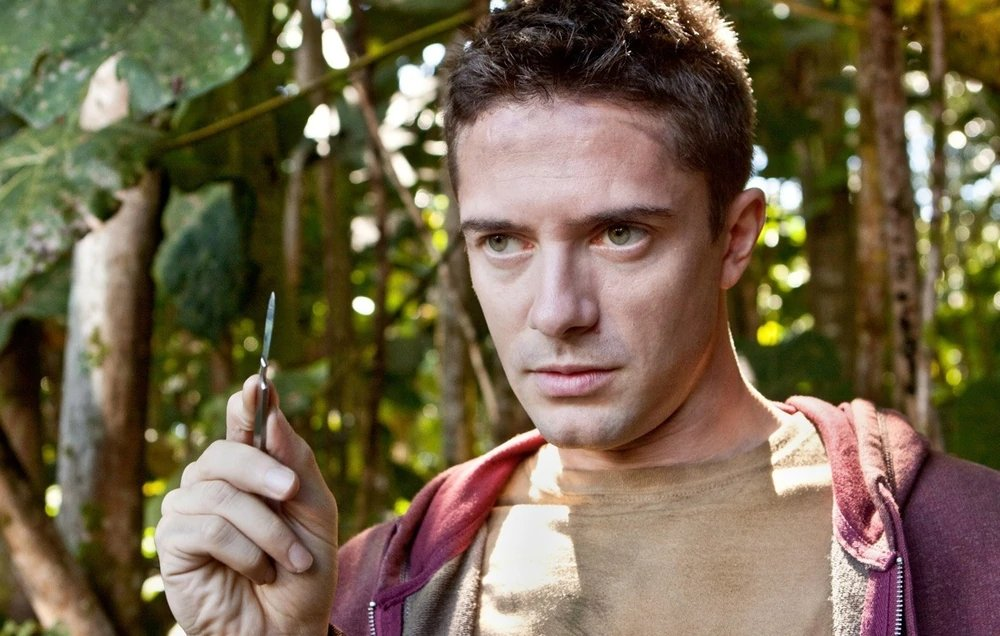 He's responsible for drawing Noland "the one that got away" out of hiding. A man so skilled he survived on the planet for years... until Edwin showed up. 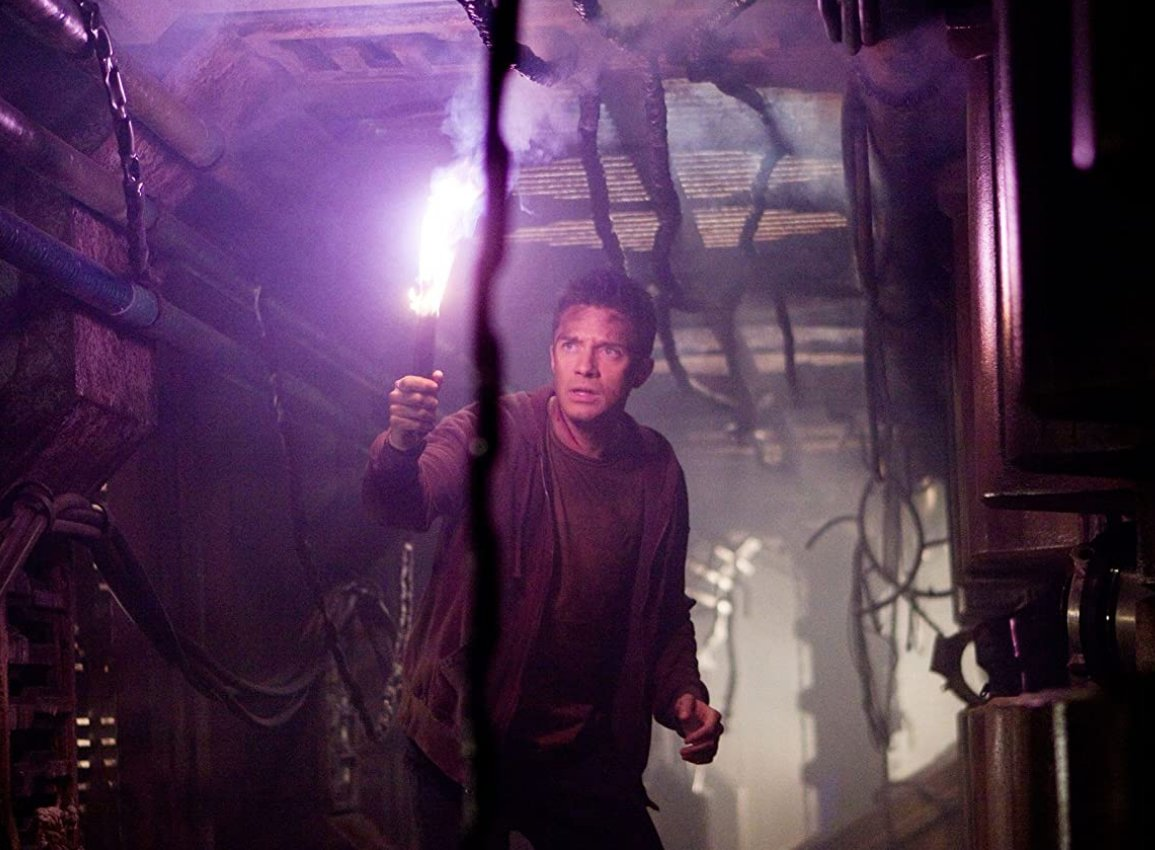 Yet, whenever the predators encounter Edwin, they leave him alive. This is because he's a trained decoy, and he's doing his job.

At one point in the film, Edwin lures Isabelle into the path of the predadogs. This is the exact job of a decoy in contemporary hunting. They lure prey out into the open. 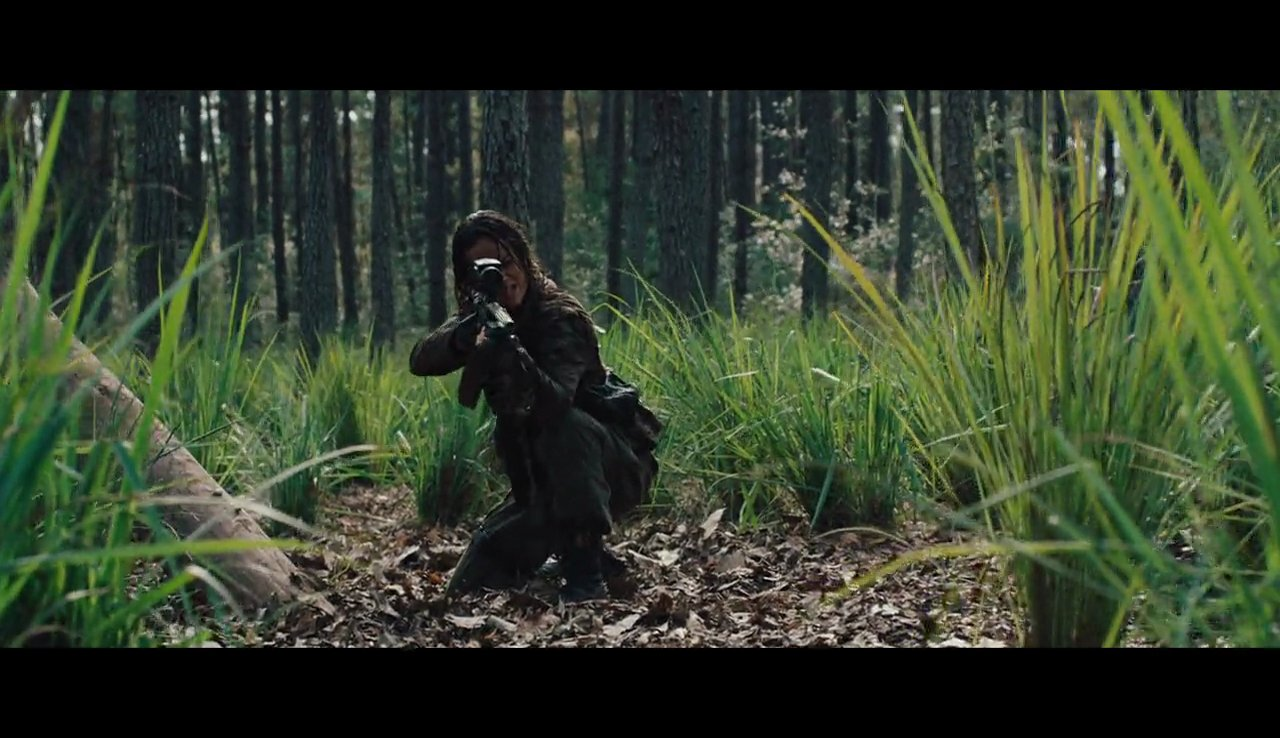 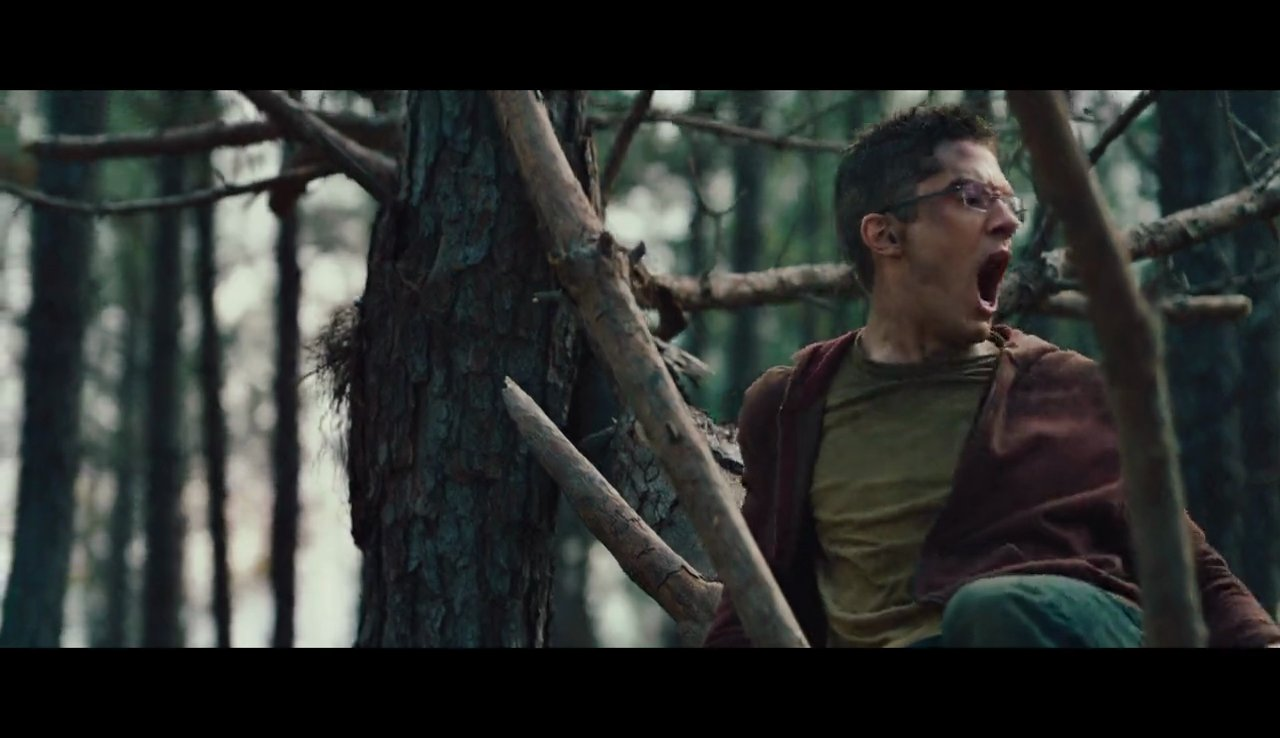 In response to this, the Predators call off the dogs. Why? Because Edwin warned them. It's not an honorable hunt if the prey commits suicide.

At the end of the film, Edwin claims that he is one of the predators. And why wouldn't he think this? He's been raised by them, trained by them and shares some of their DNA.

The regular interpretation would have us believe he's some sort of serial killer from Earth, but this does not match up with the evidence. We see the Edwin has some immunity against the paralytic plant, as it does not effect him to the same degree as Isabelle. Why would a regular human be resistant to an alien plant?

Edwin being a decoy is the only thing that explains this resistance and explains why the predators have not killed him up to this point.

Ironically, Royce uses the predators' own decoy against them to lure the last remaining predator into a death trap.

The theory that the predators kidnapped a young human boy, raised him and combined him with predator DNA may seem outlandish. Except that is the exact plot of Shane Black's 2018 film The Predator. 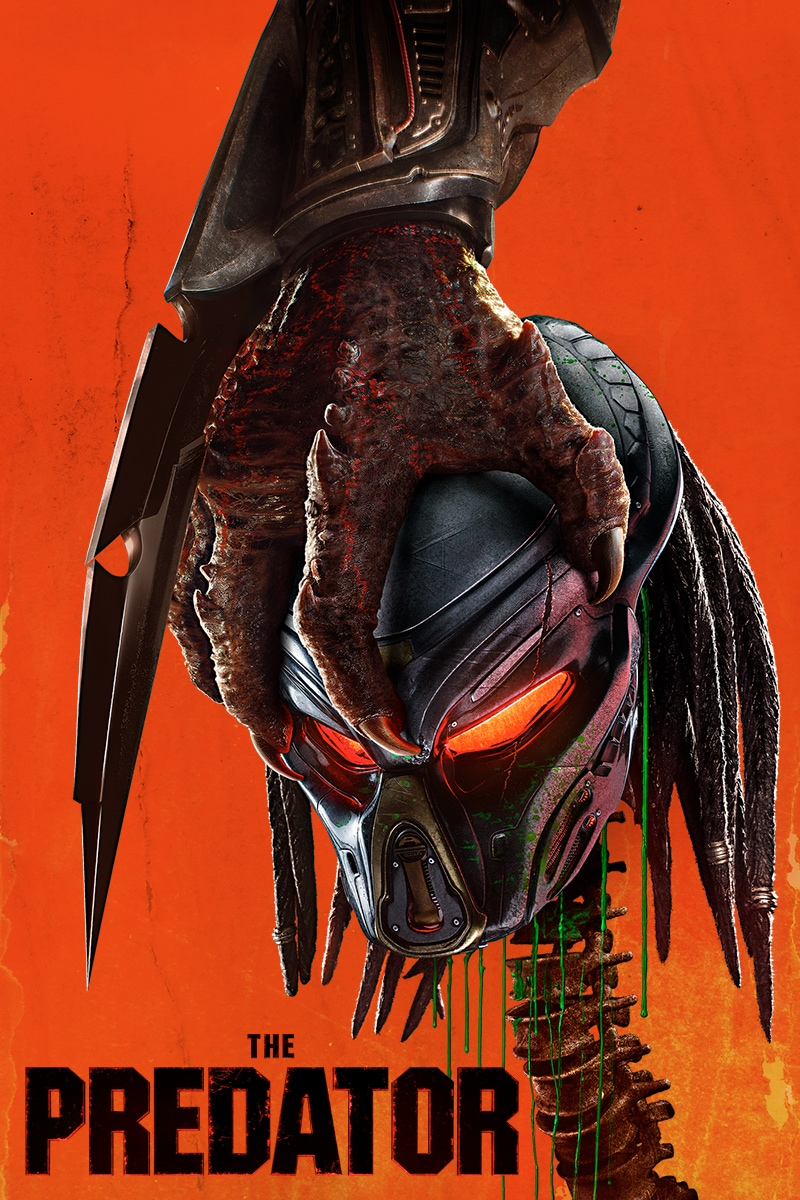 In this film, we learn that predator's regularly combine their DNA with other creatures' DNA to grow stronger. And the plot follows a super-predator trying to kidnap a young human boy.

All of this evidence combined with Edwin's strange behavior prove the fan theory. He is a trained decoy hybrid, placed with the humans to lure them into danger.

Leif Eric is a professional Hollywood writer, archivist, editor, and comic book author, whose credits include such classics as the subvursive and deeply psychological look at the human condition, Ghost Star, as well as the masterful and mold-breaking multiple technique animated film, Rag Princess. Leif Eric specializes in tragedy with a touch of comedy, or comedy with a touch of tragedy. His deep insider knowledge and contacts within the Hollywood industry, combined with his candid and unflinching dedication to lighting up the most unnerving truths, place him in a unique position to expertly unravel even the most elusive Hollywood secrets.


Torvald is a cybersecurity consulting professional with a background in data science and software engineering. While attaining his Master's degree in Computer Science, Torvald made the move into cybersecurity as he began to realize just how much of the hidden world of computing is obscured even from the developers. There is always another layer, always something beneath the surface, and always a vulnerability to exploit. Torvald's deep understanding of theoretical models and complex systems, combined with a tenacious drive to track down the hidden truth and an eye for seeing the world from the perspective of an attacker, make him frightningly well equipped to nail down and lay bare any Hollywood theory.