Episode 1 - RETURN TO OZ: The Girl who Drowned

Leif Eric and Torvald kick-off The Popcorn Isn't Real with a dark theory surrounding the 1985 children's fantasy film, Return to Oz. Eric is determined to prove that there was no happy ending, and not everyone survived Dorothy's final trip to Oz!


Rent or buy Return to Oz and follow along with us!

A young girl drowns at the beginning of Disney's 1985 film Return To Oz. The entire movie is a dissociative fantasy concocted by Dorothy's mind to absolve herself of the guilt she feels for playing a role in that tragic event. 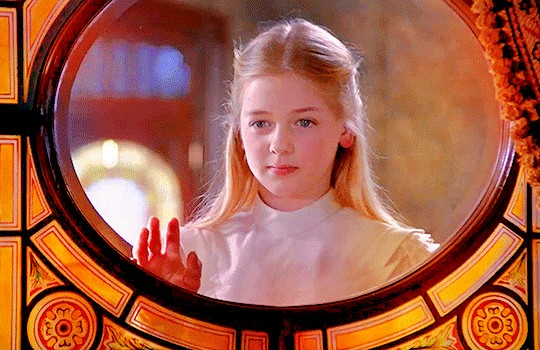 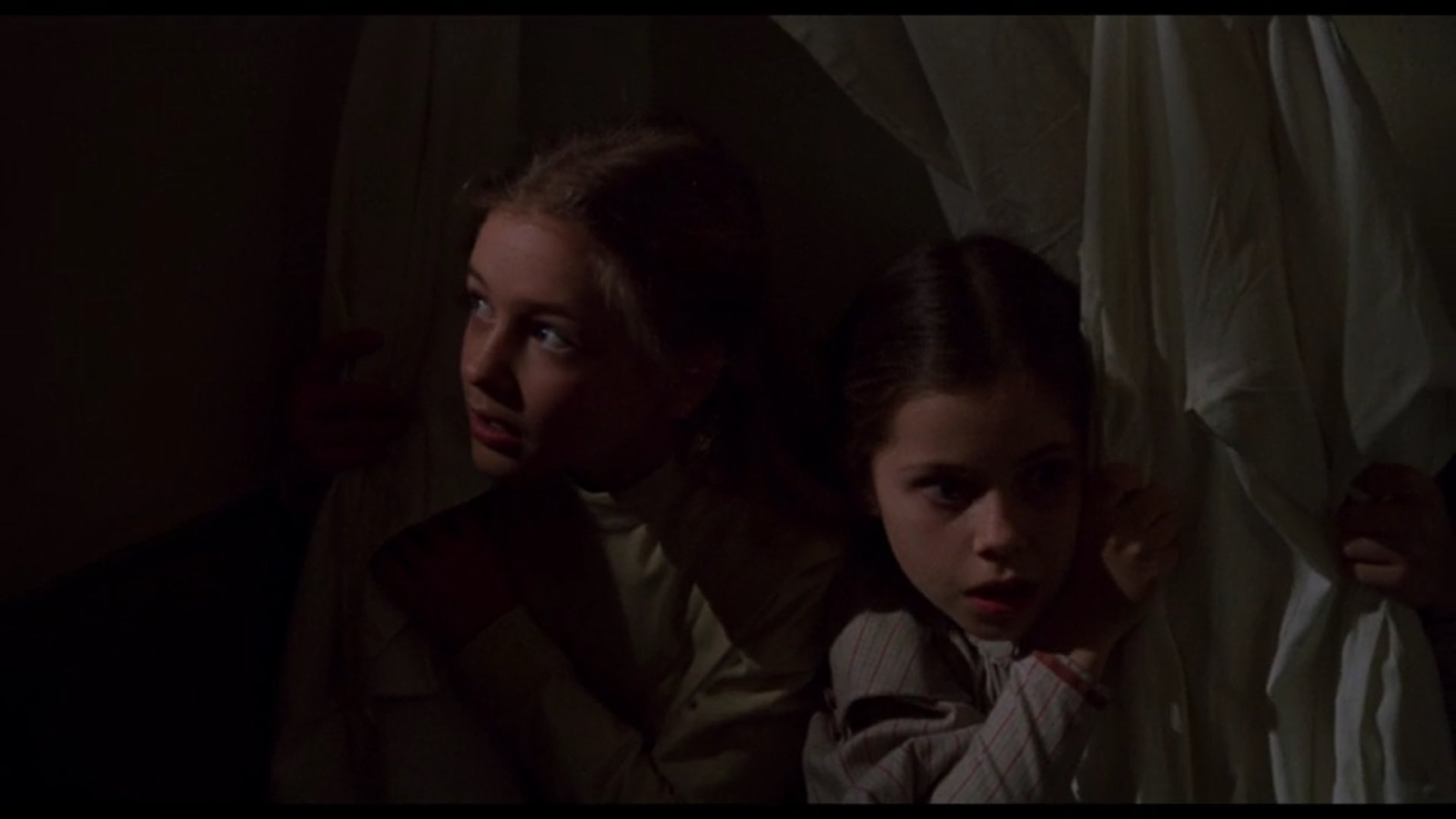 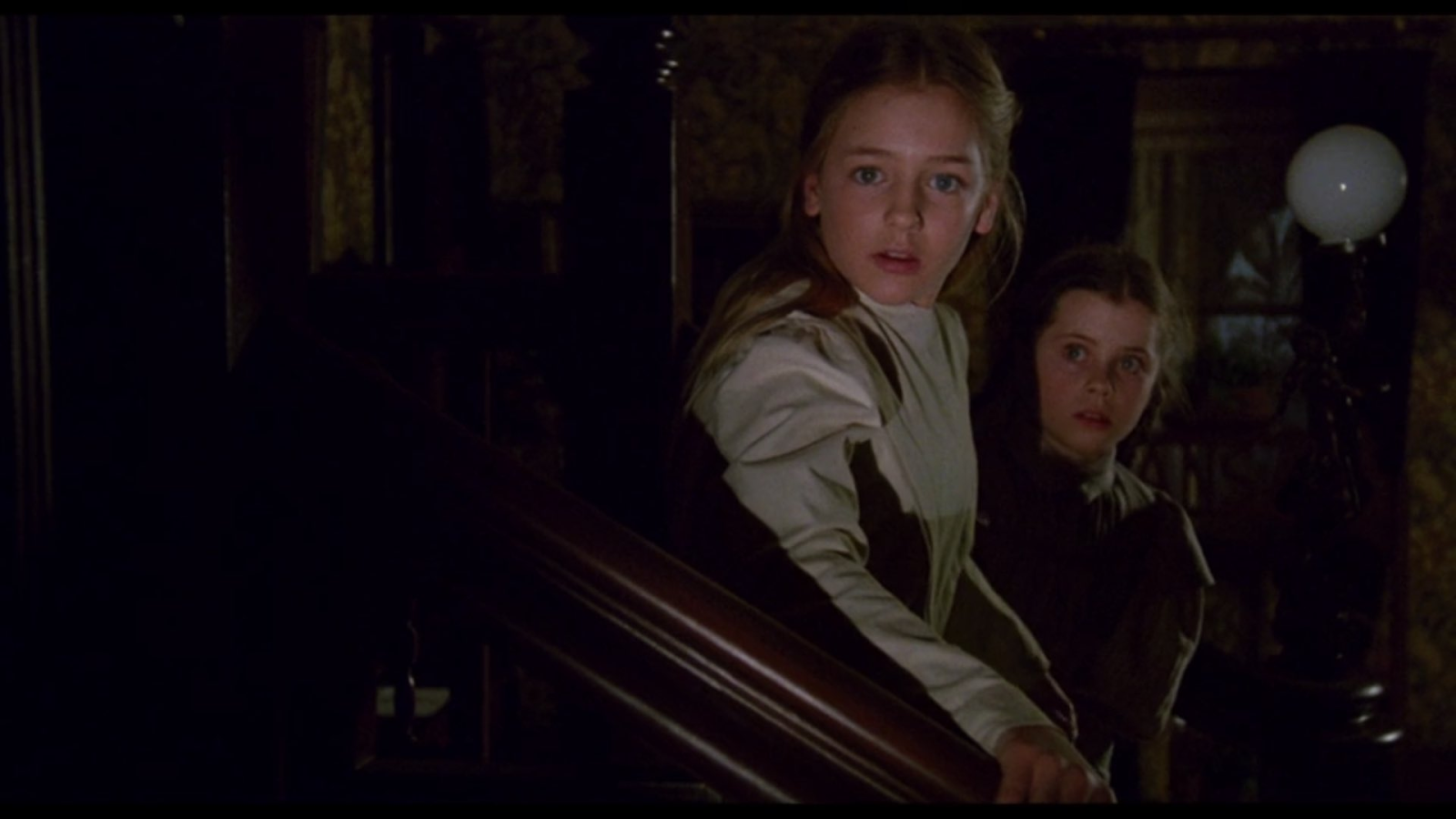 But the escape does not go well. 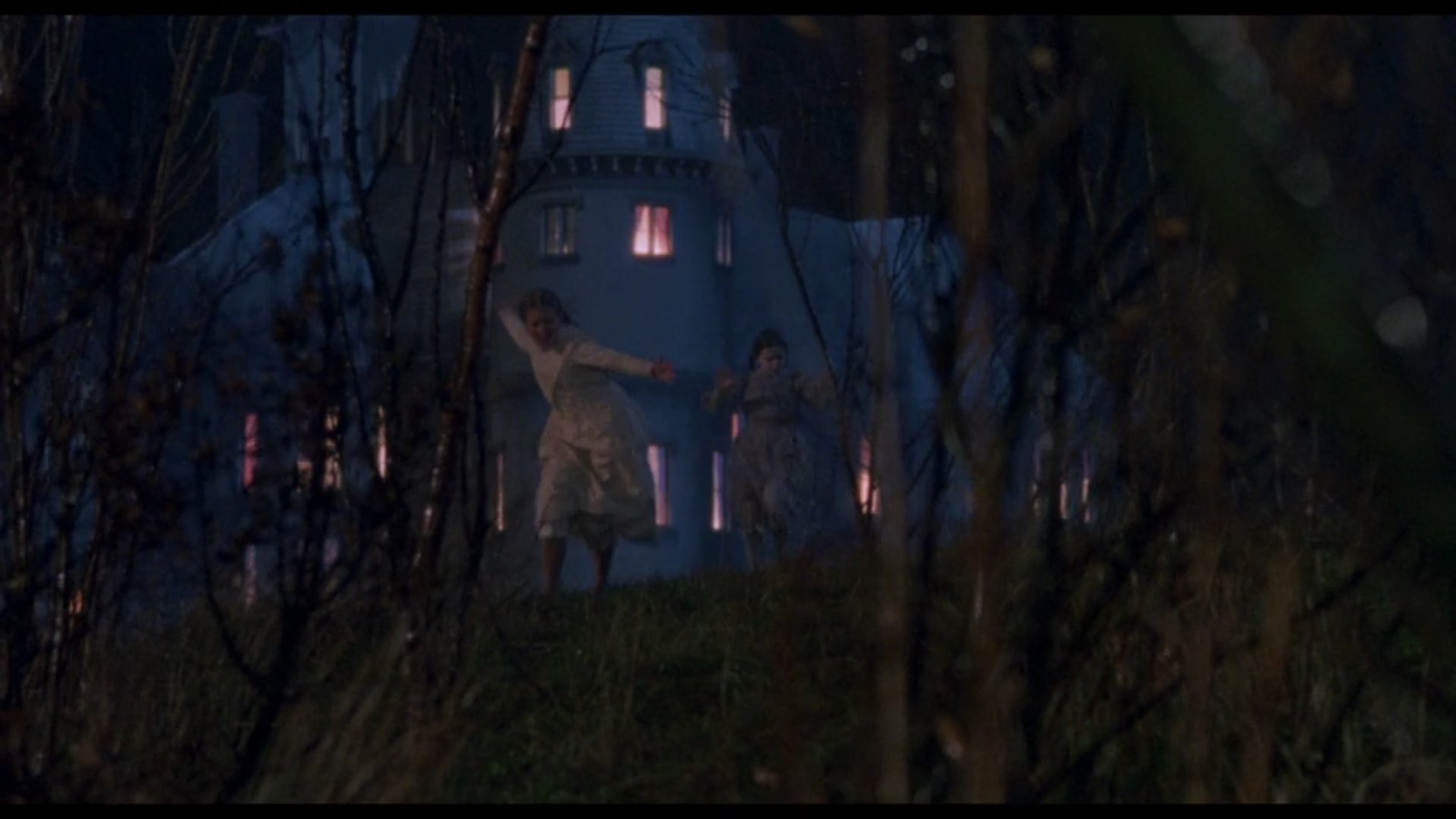 They fall in the river. Dorothy surfaces. Ozma-IRL does not. Dorothy knows Ozma-IRL just drowned and she could do nothing to save her. This trauma causes her to dissociate back to the fantasy world of Oz. 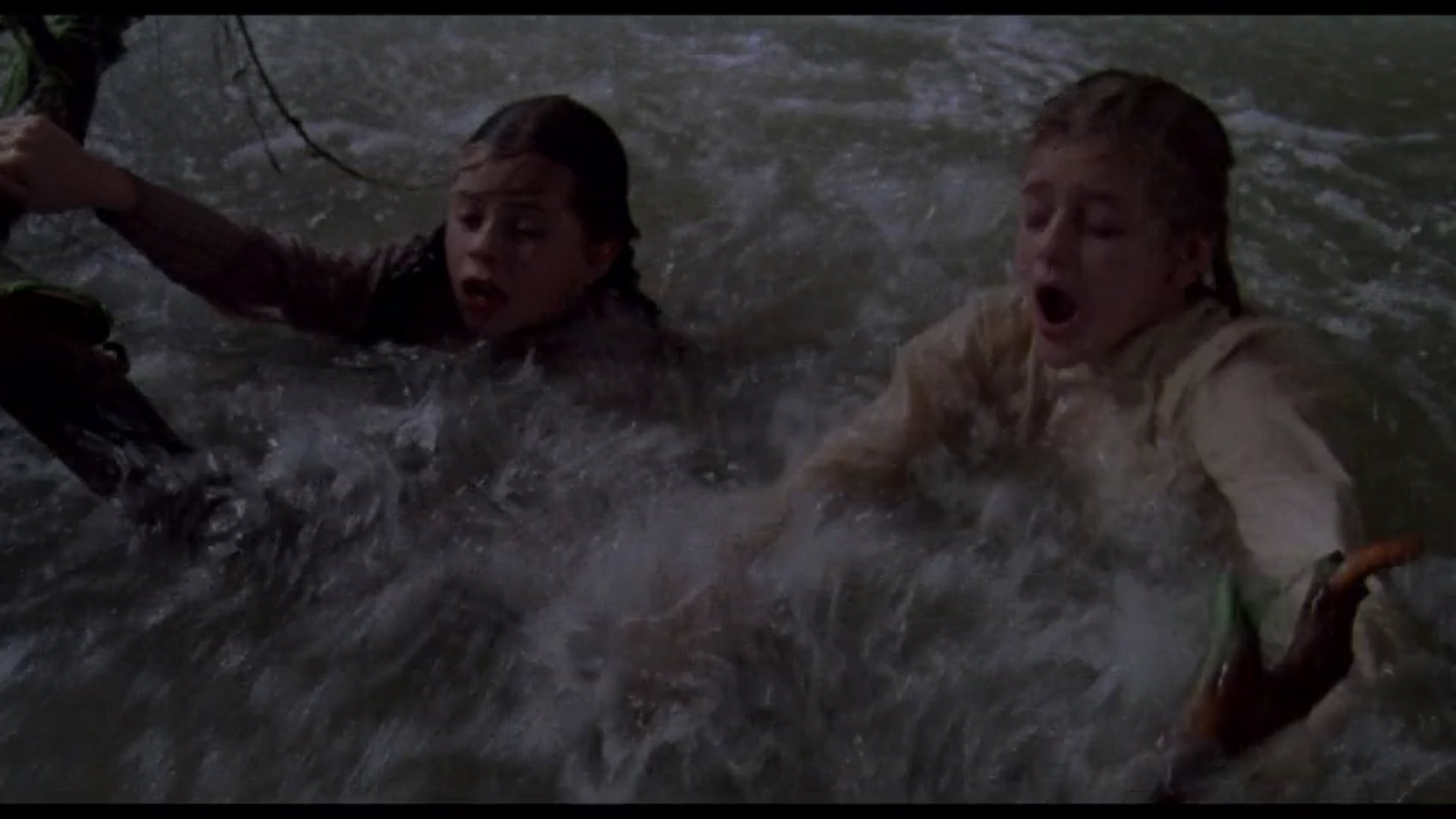 Throughout the film, Ozma is a shimmering, ghostlike character. Someone whom Dorothy wants to reach, but the glass barrier and outside forces always keep them apart, just as the storm and river separated them permanently in real life. 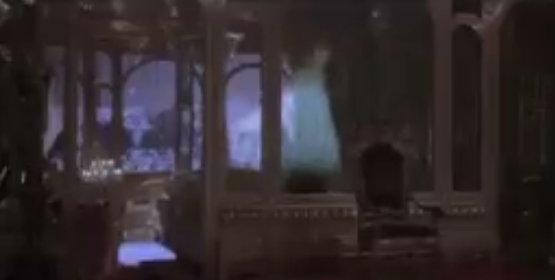 Dorothy feels guilty for not saving Ozma-IRL. To absolve herself, she creates a narrative where she is a savior, a bringer of life.

She winds Tik-Tok back to life. 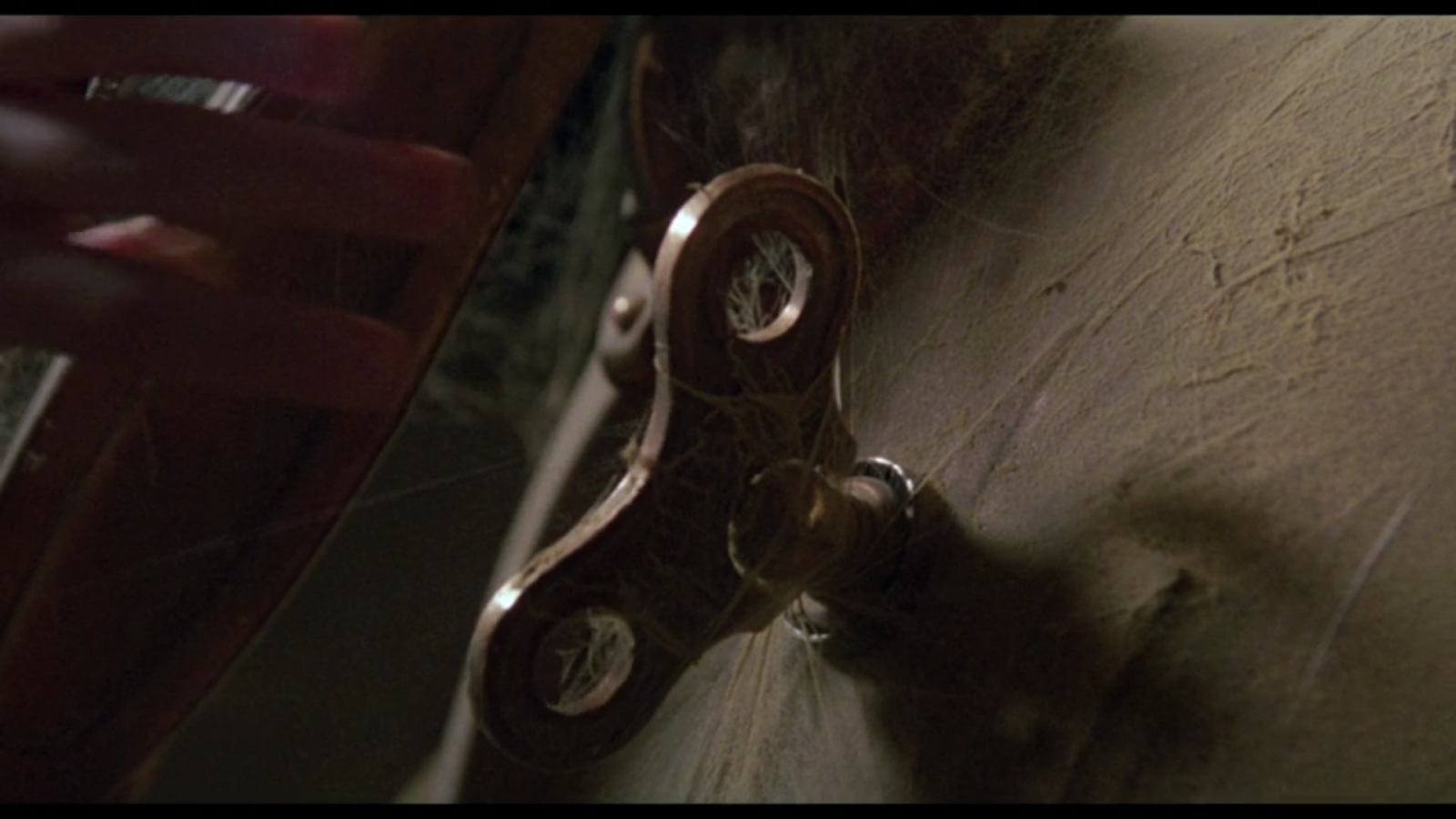 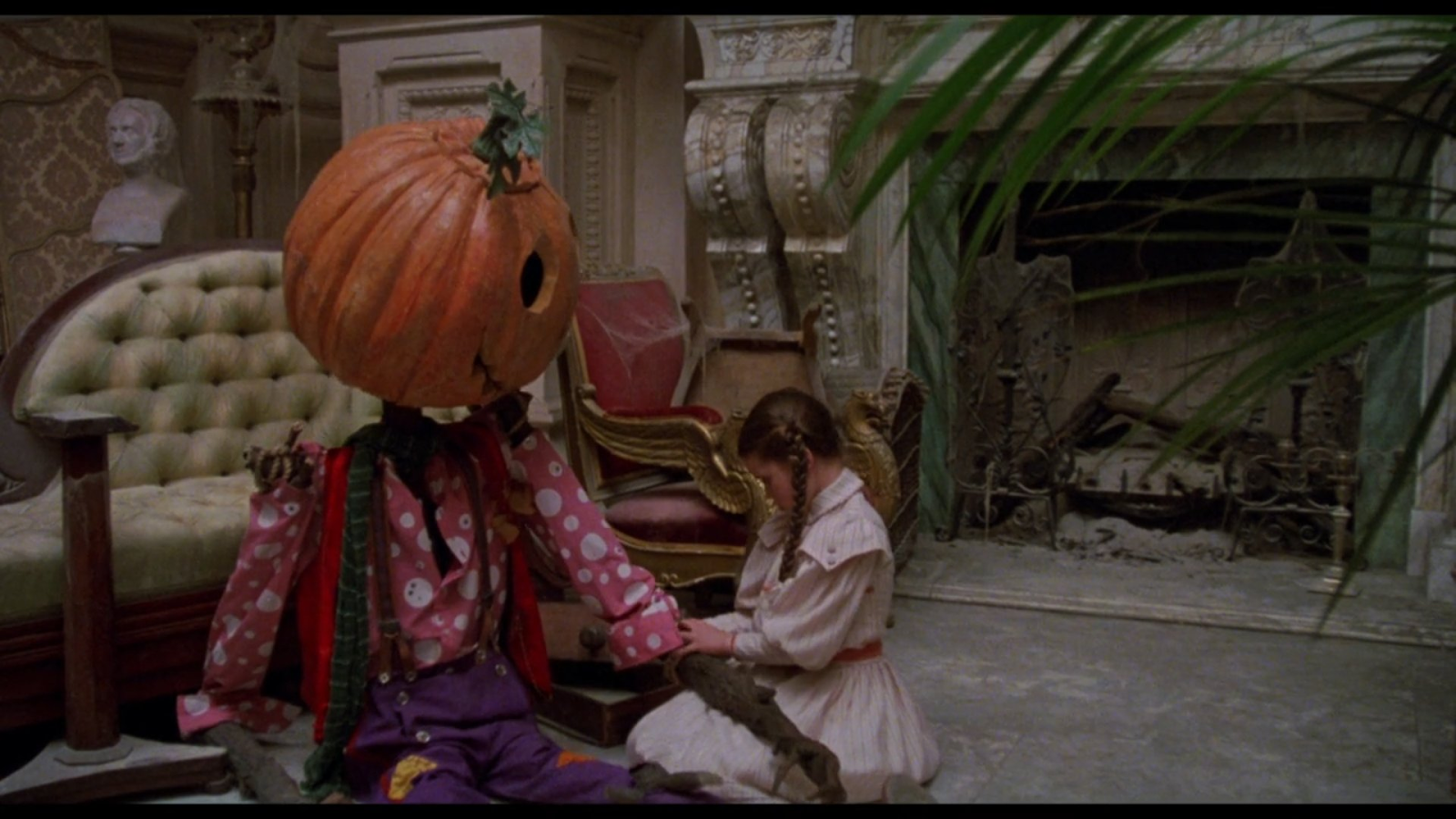 And she literally animates the Gump using POWDER OF LIFE. 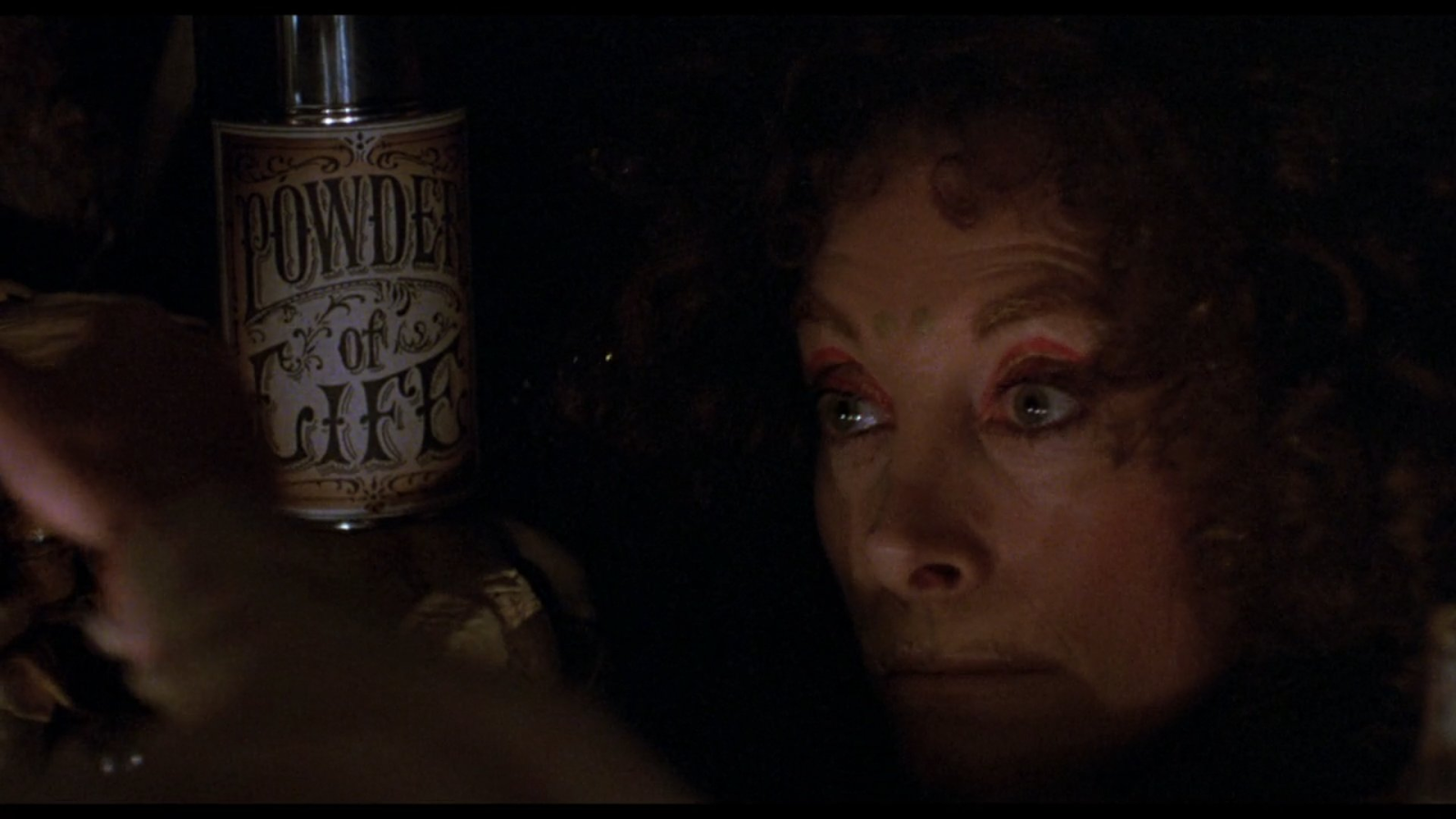 Conversely, the Nome King is cast as a scapegoat, a death-bringer. 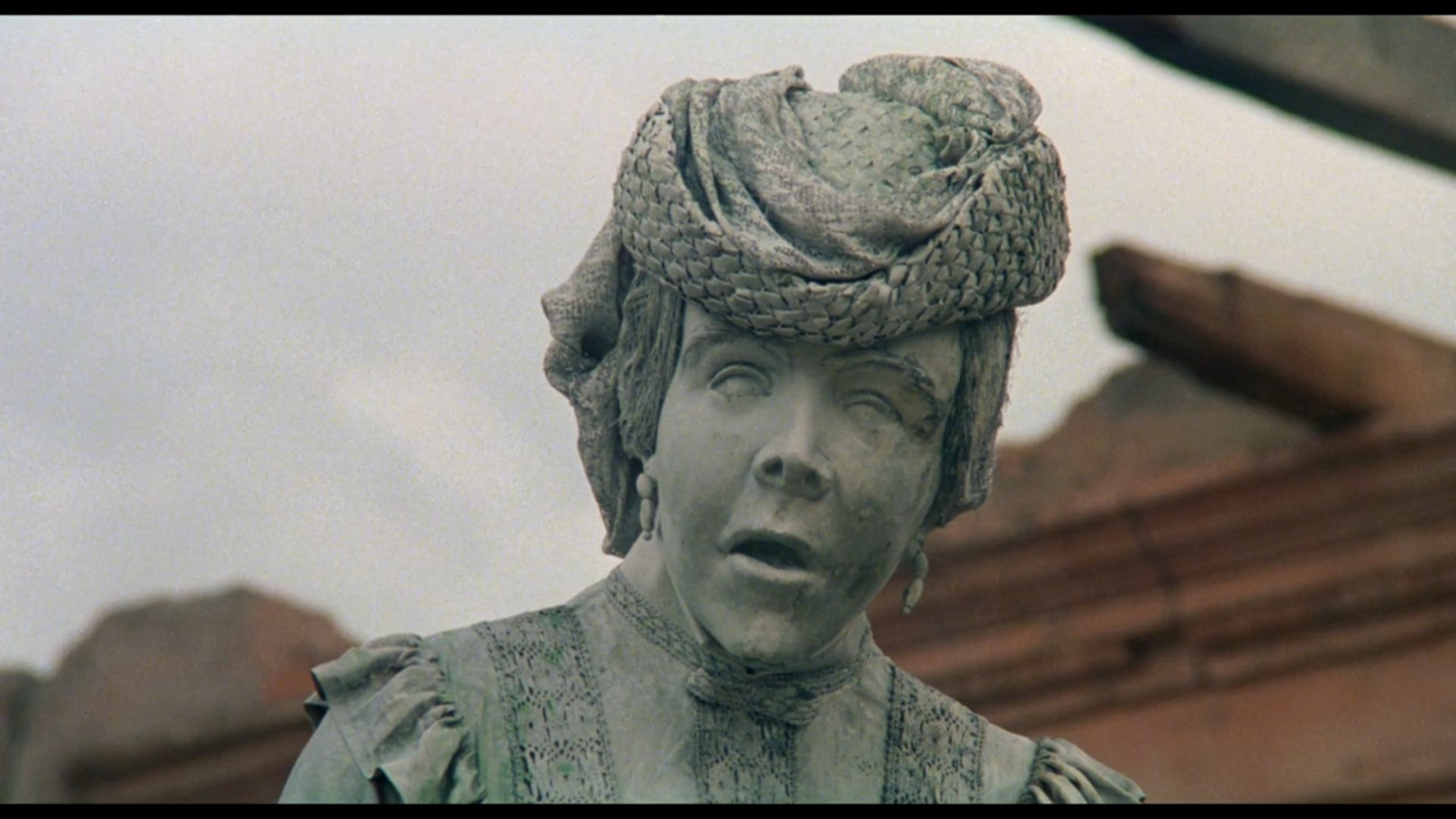 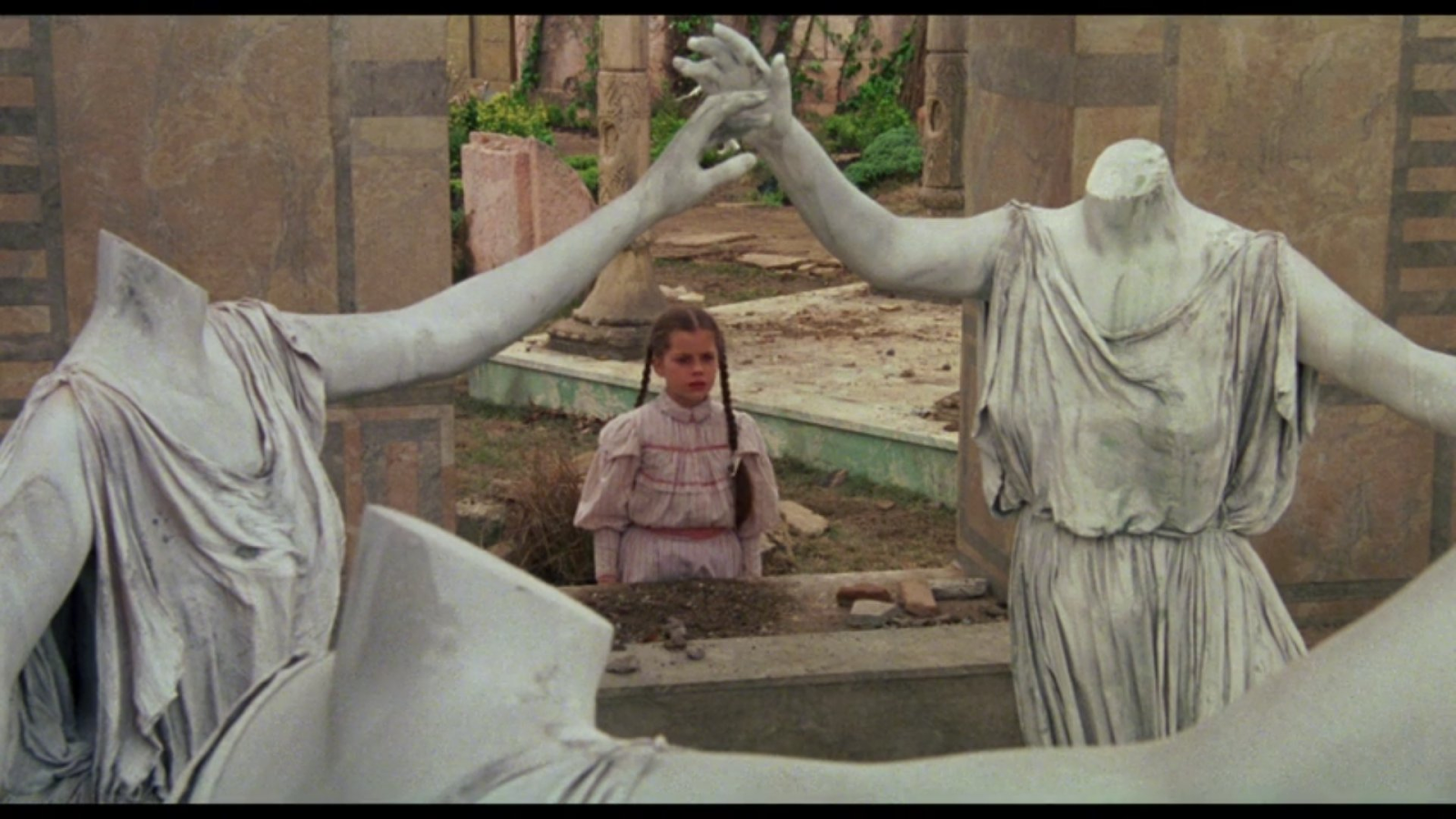 His desert turns the living to sand. 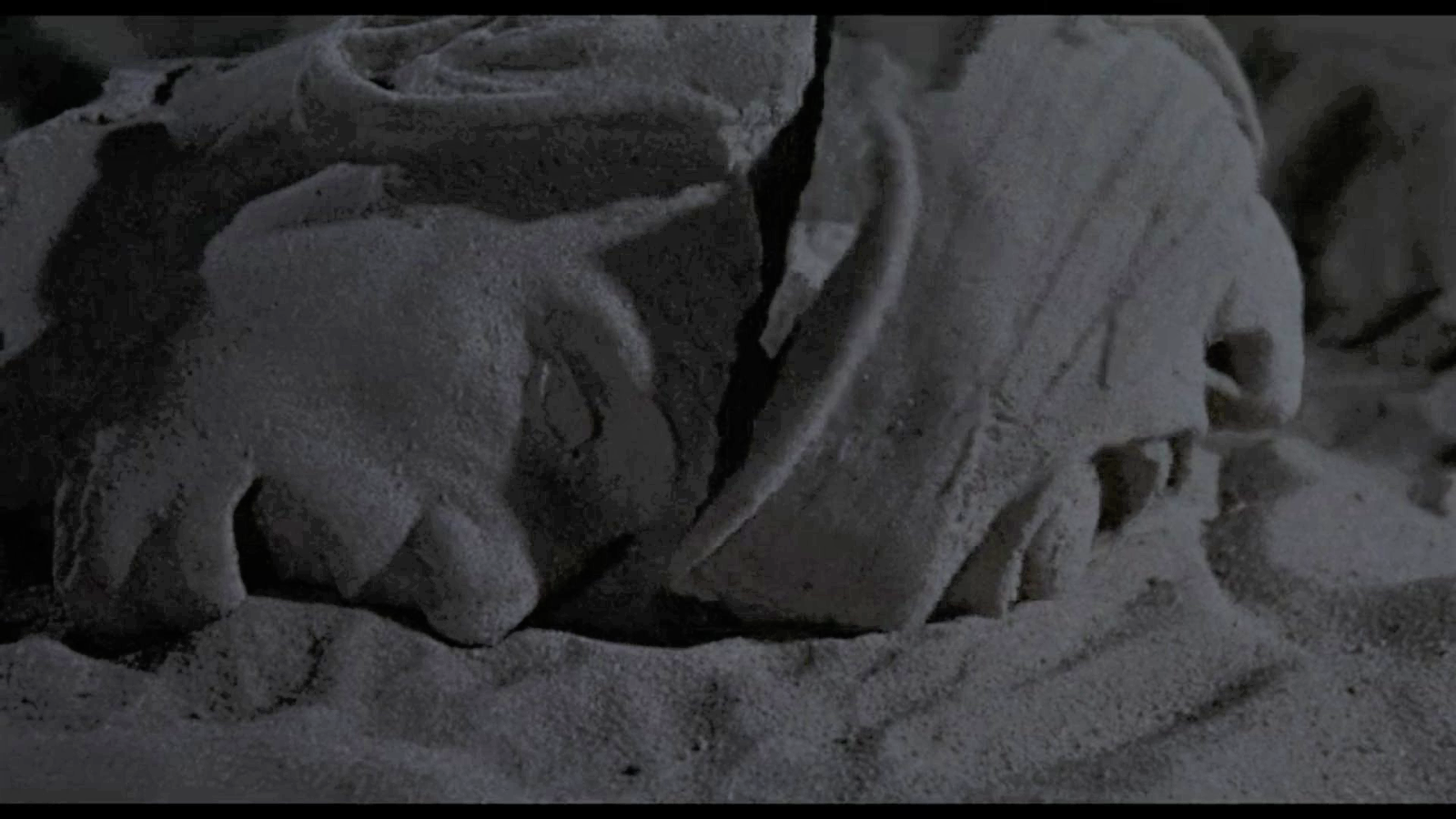 He takes away all the life that Dorothy gave by turning all her friends into inanimate ornaments. 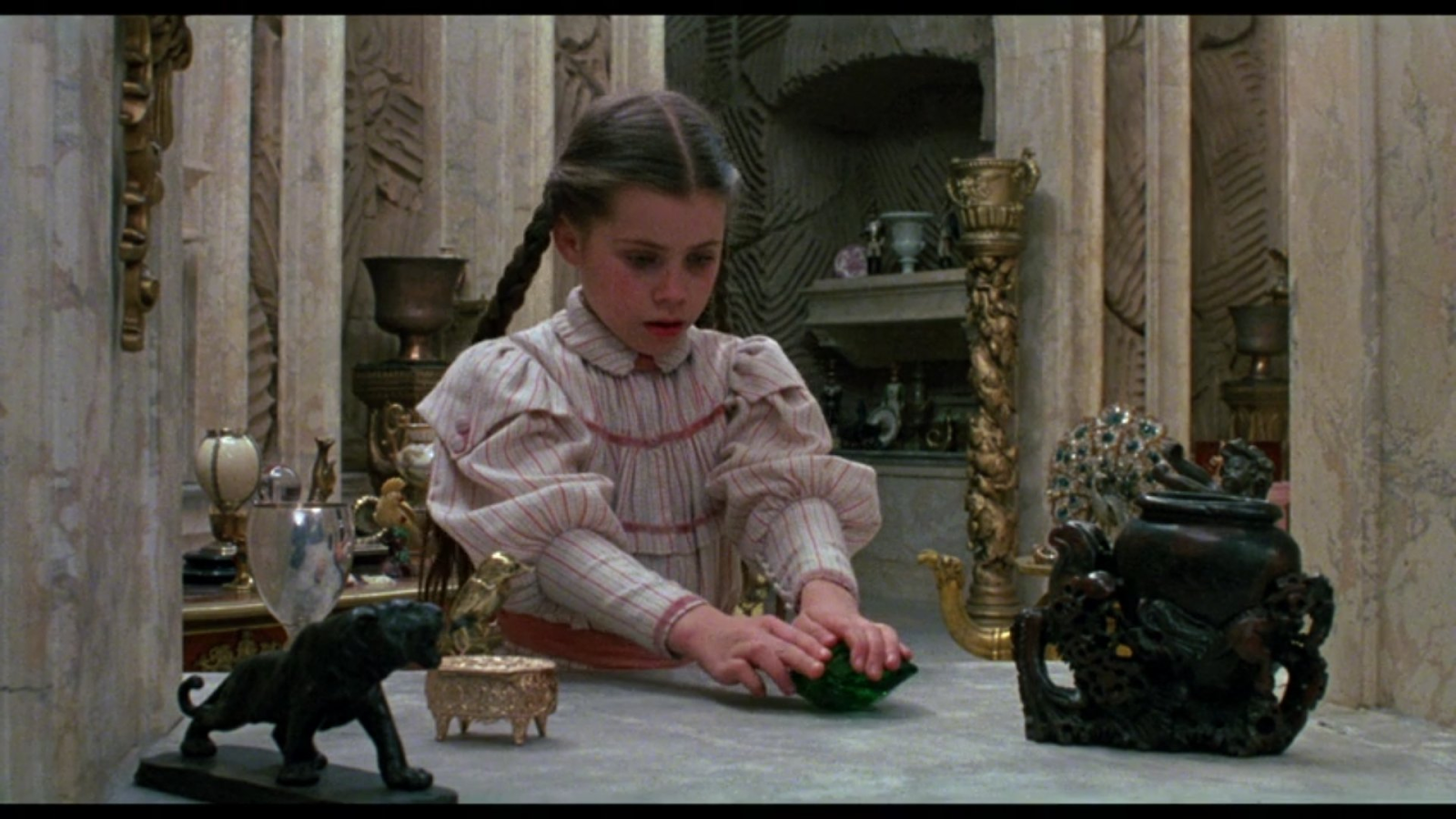 Dorothy's mind is trying to convince her that this tragedy was not her fault but Dr. Worley's fault. And she's right. It is his fault that one of his young patients escaped and drowned during a storm. 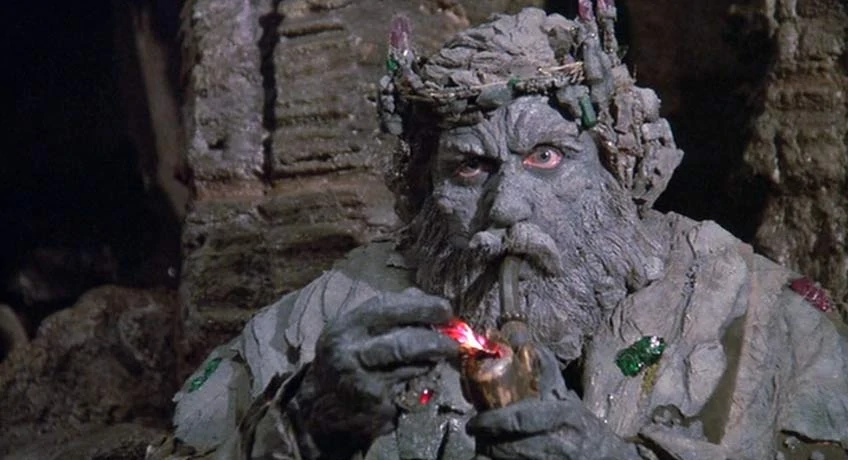 In the end, Dorothy creates a narrative that destroys the regret she feels for not being able to rescue Ozma-IRL from the water. She literally gets to pull Ozma from the shimmering glass, symbolically lifting her out of her watery grave.

Dorothy subconsciously knows this is just a fantasy. The last image seen before leaving Oz is a very sad Ozma. Superimposed over her face is an effect of sparkling water. Dorothy is reminded of the last time she left Ozma... to die underwater. 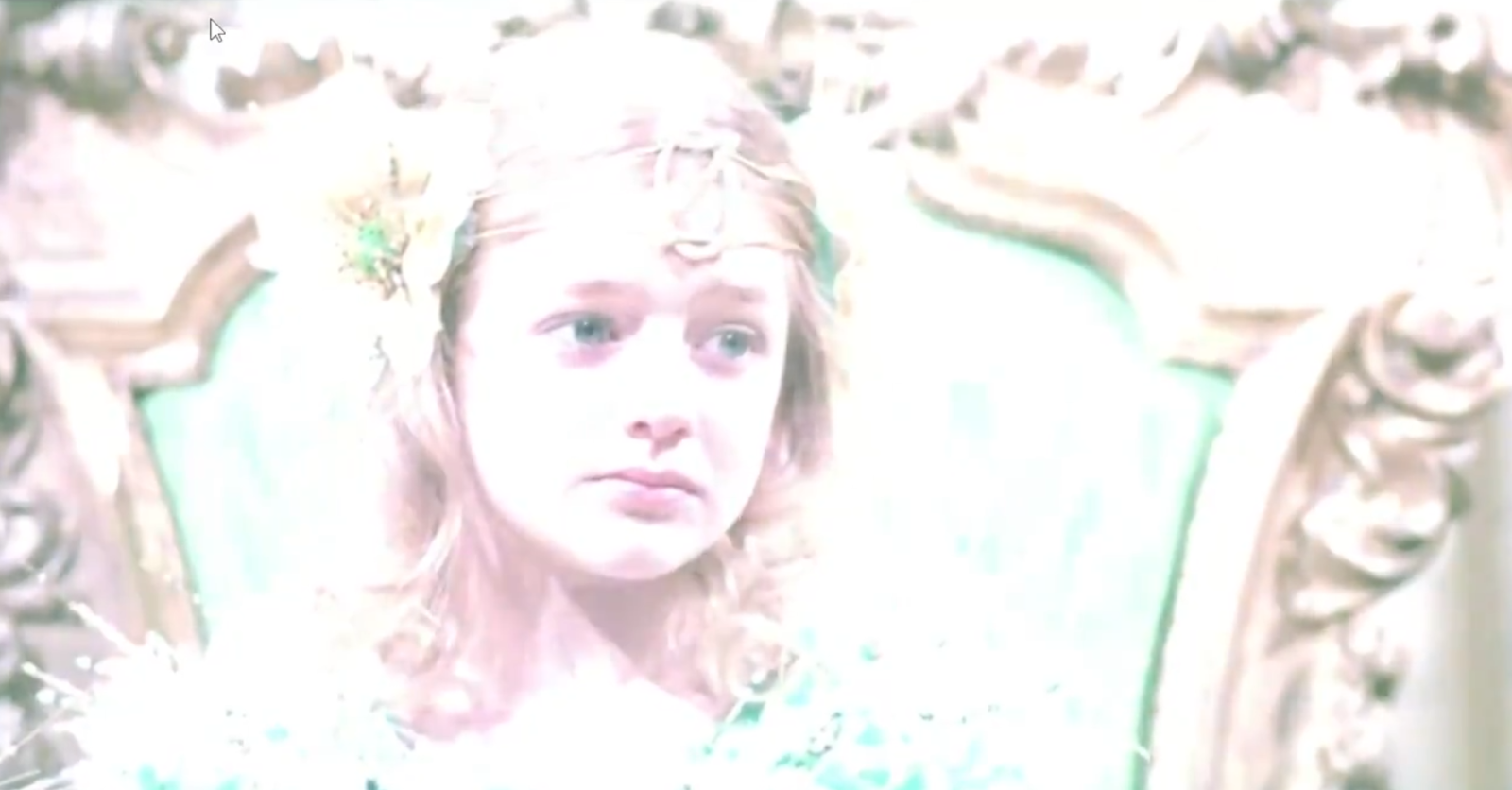 Thematic hints tell us this film is about repressed trauma. Like Mombi's heads. She only has the memories of the head she wears. Much like Dorothy's mind fractured, splitting her personality to protect her from memories she doesn't want to know

Another thematic hint: On the wall in Dorothy's room we see a photo of a blonde girl and a brunette girl (Ozma and Dorothy). It reads: I WILL GIVE YOU REST. A hint that this film will be about Dorothy trying to put the memory of Ozma-IRL to rest. 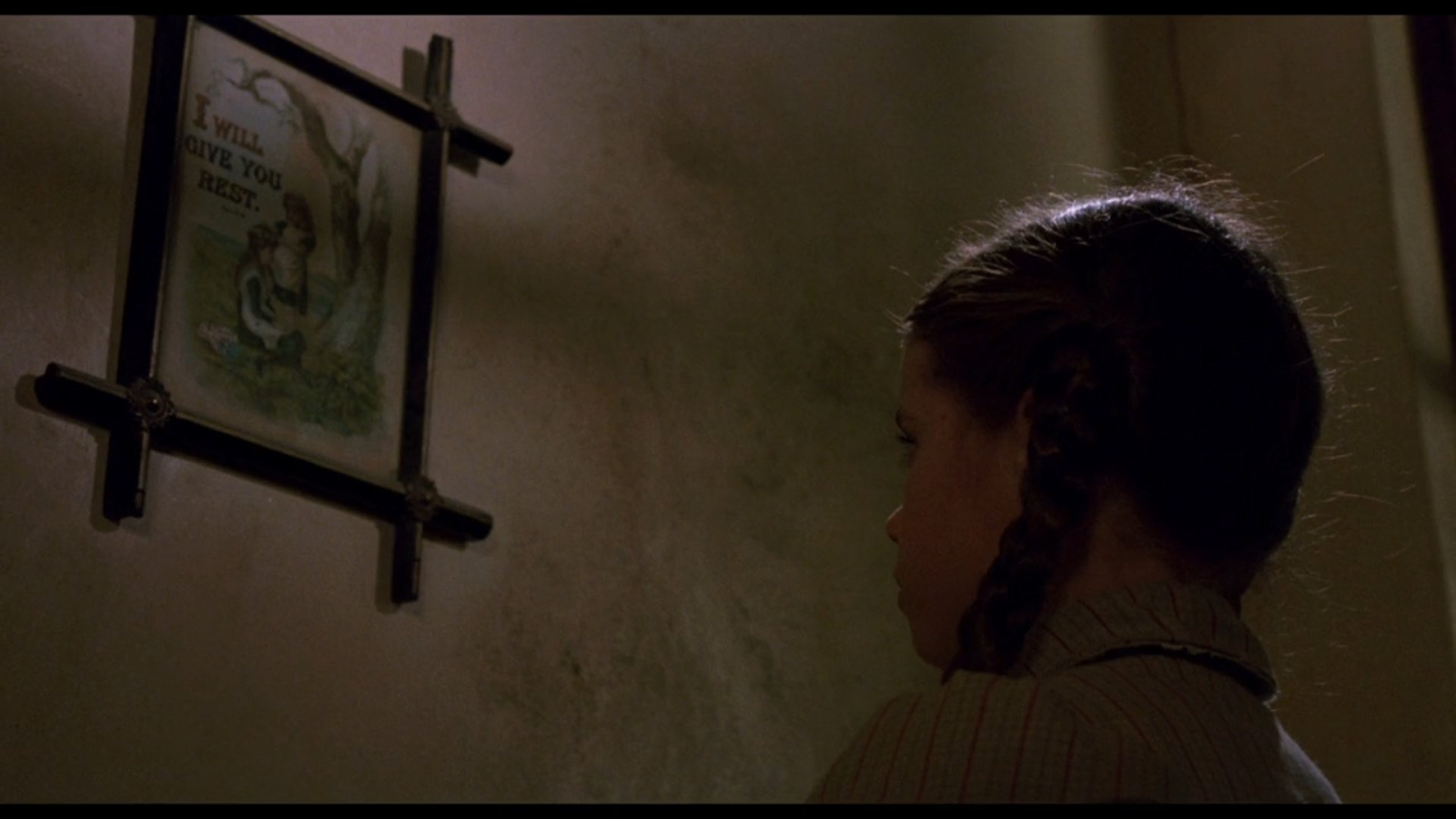 The main argument against this theory could be: Did Ozma-IRL even exist? No one sees or interacts with her except Dorothy. Maybe she wasn't real. But there's little to support this counter-argument as each Oz character has a real counterpart. 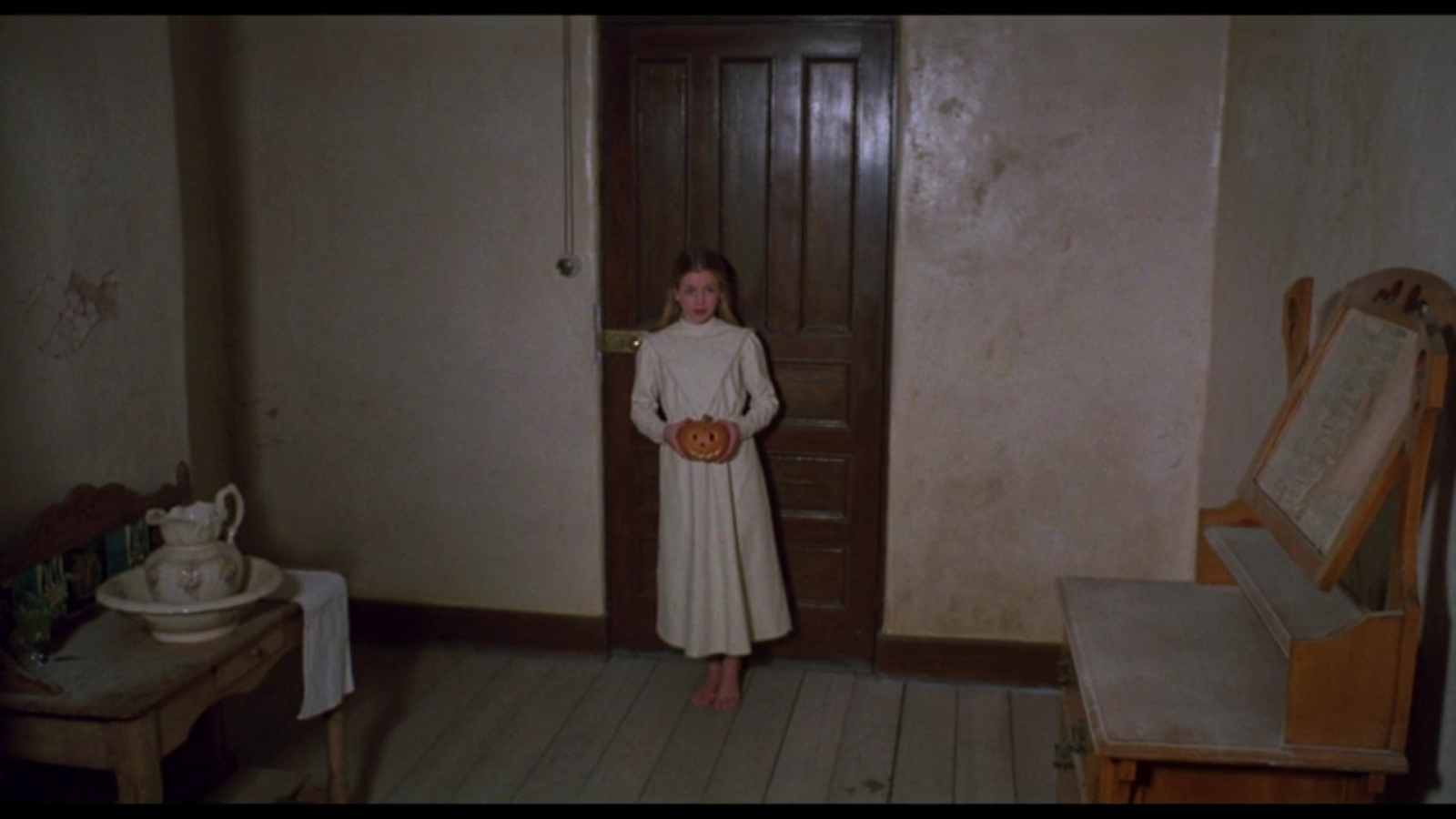 Jack is the Pumpkin given to Dorothy. 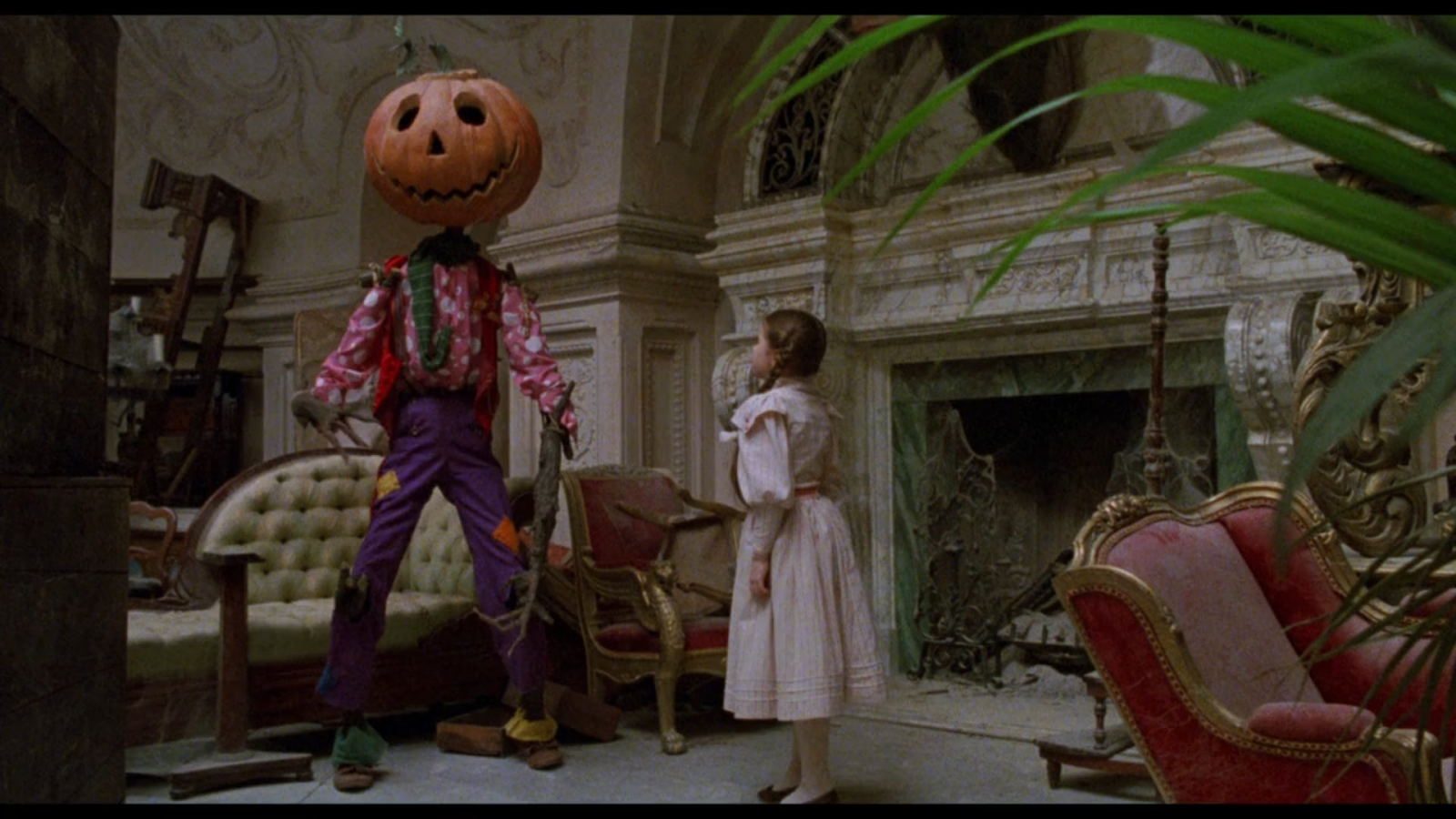 Tick Tock is the machine Dr. Worley introduces to Dorothy. 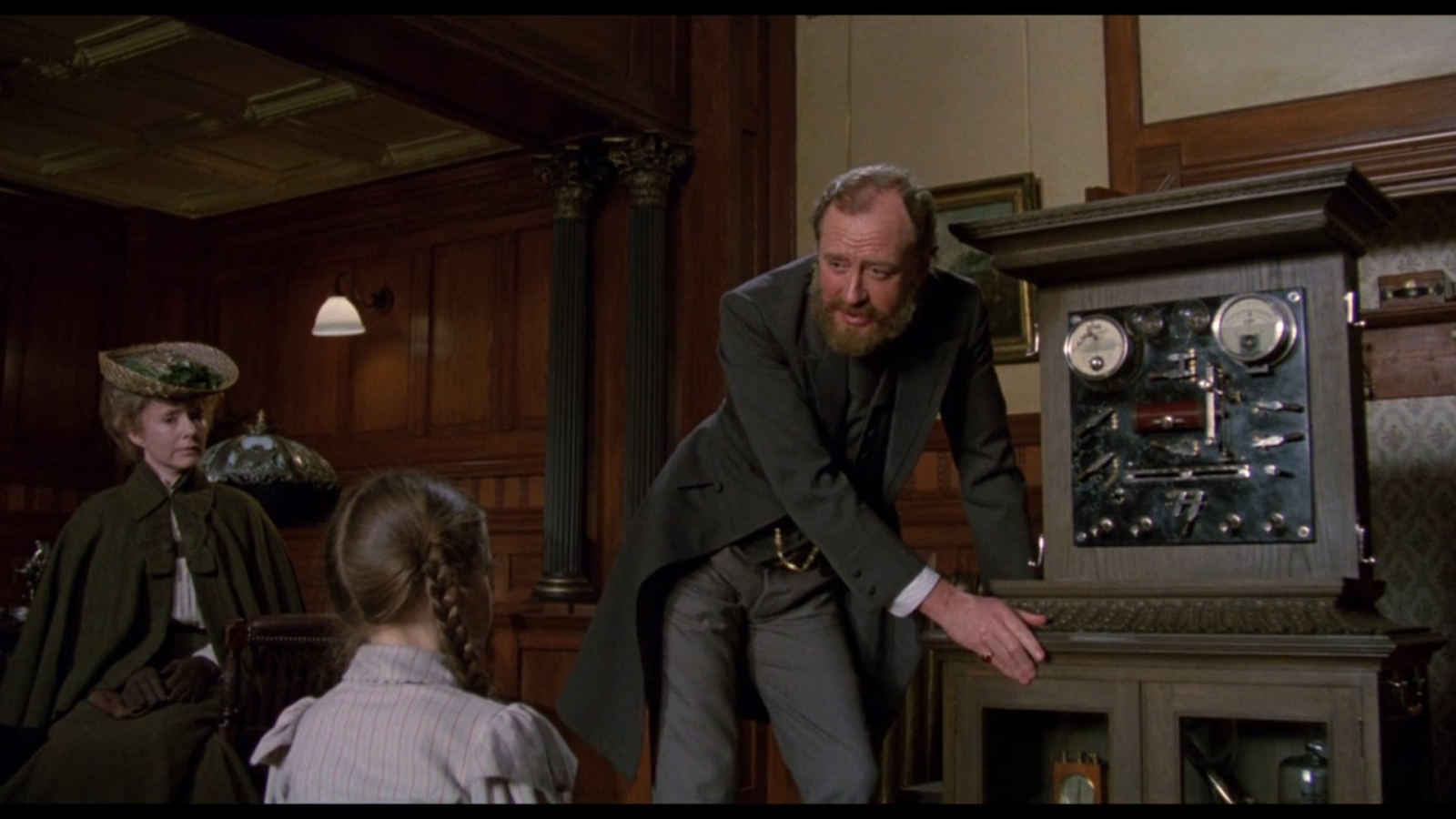 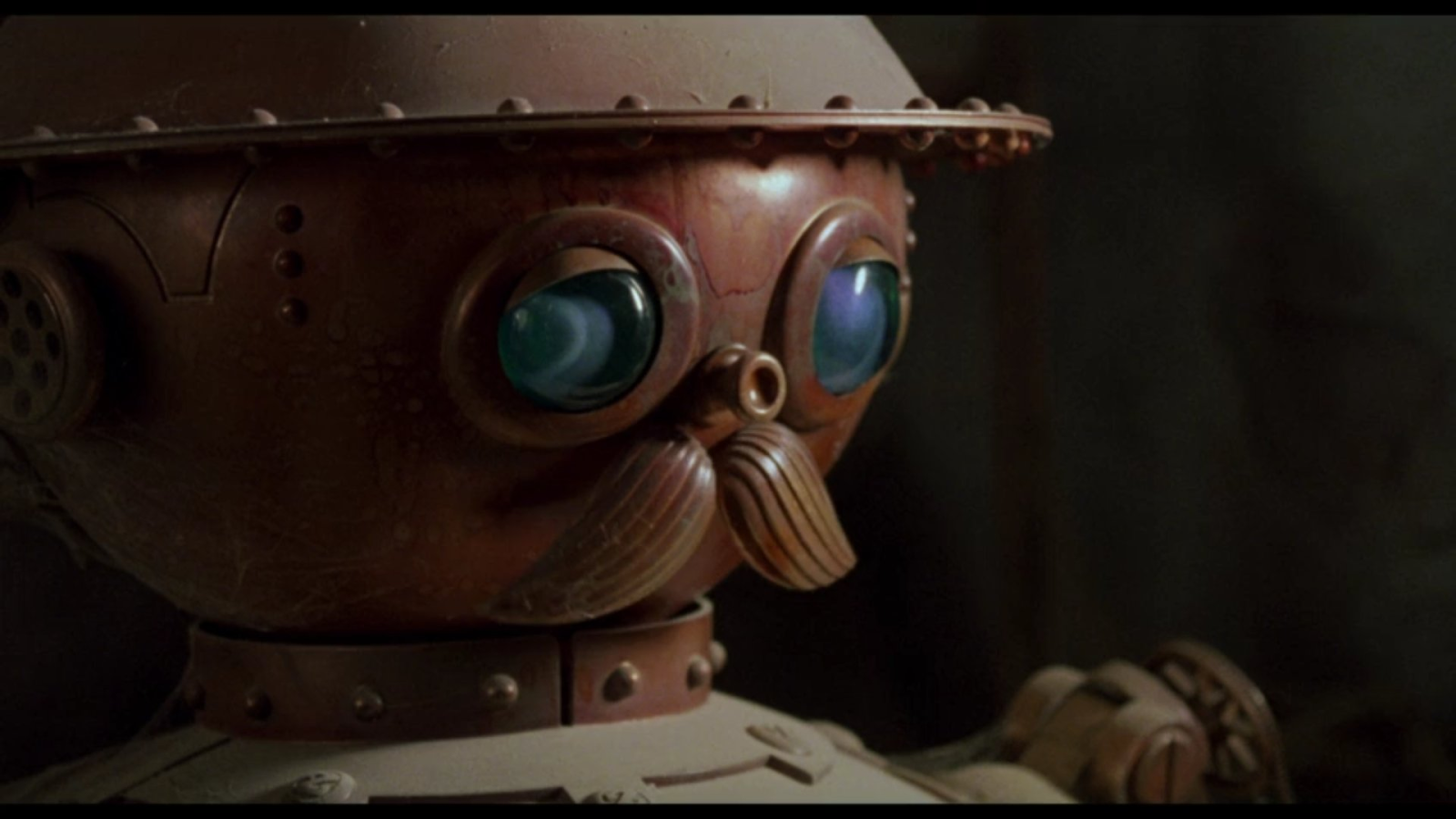 Undeniable evidence that proves Ozma-IRL really exists: When Dorothy is strapped down for shock therapy, she can't escape by herself. 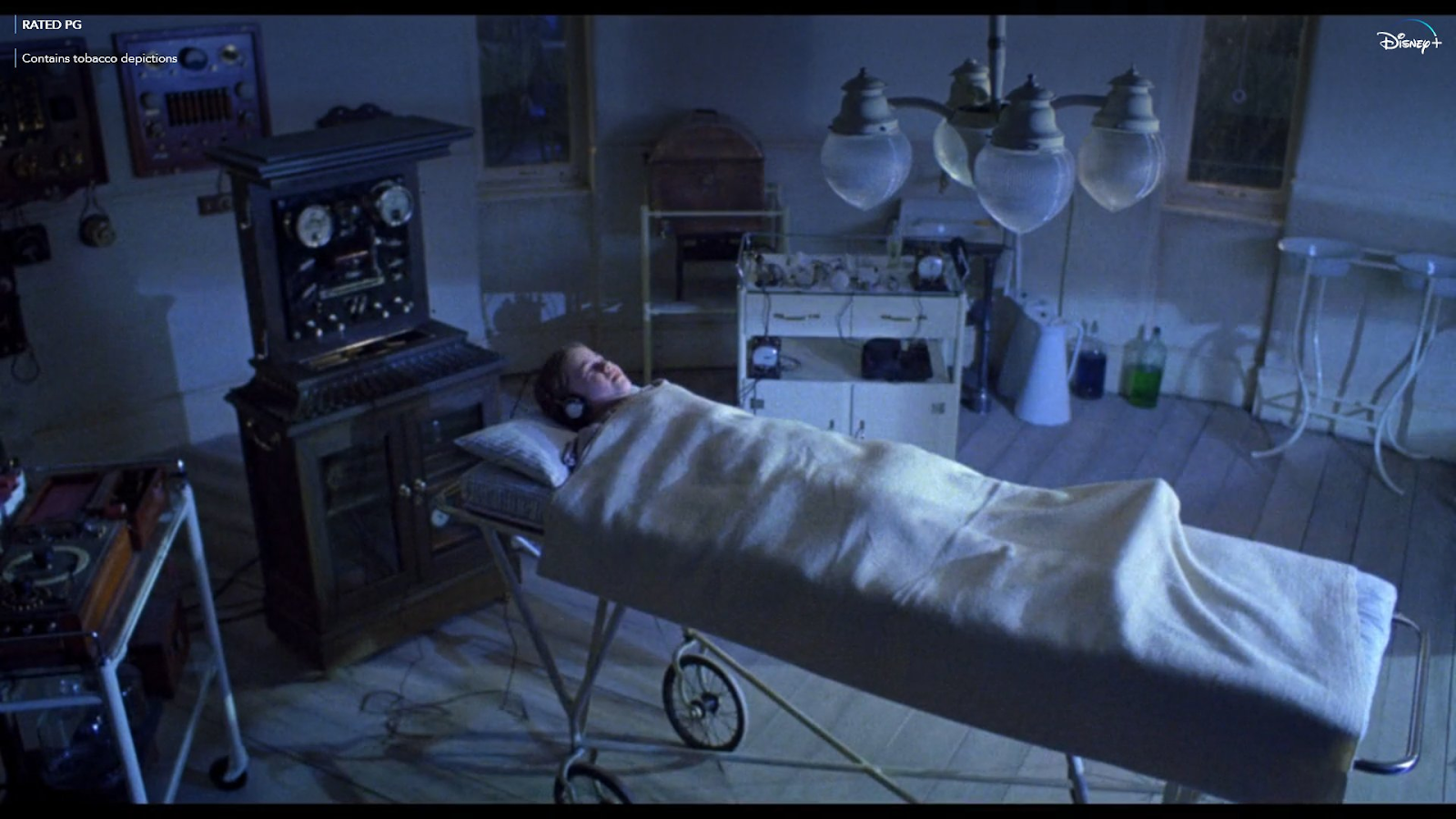 Ozma-IRL unstraps her and they escape. This could not happen unless Ozma-IRL was a real person. 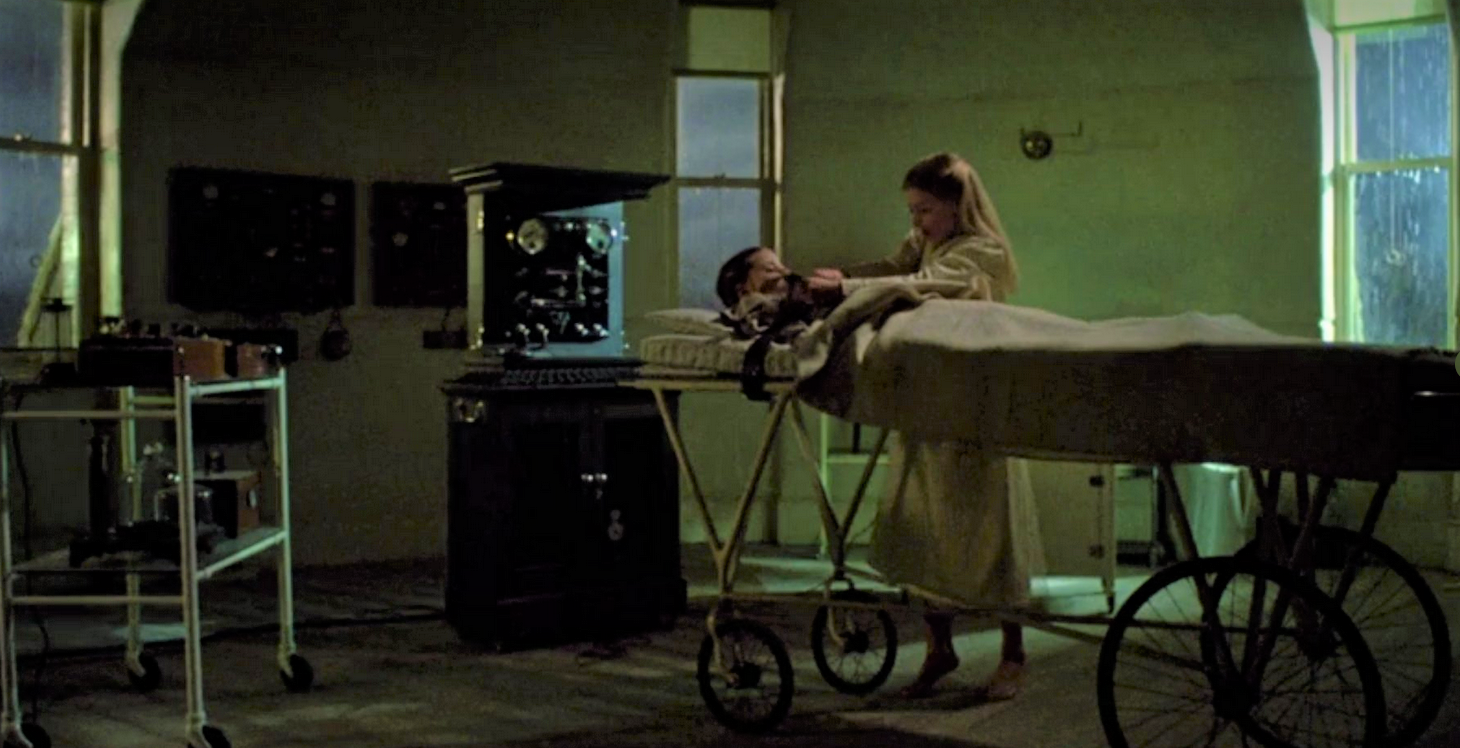 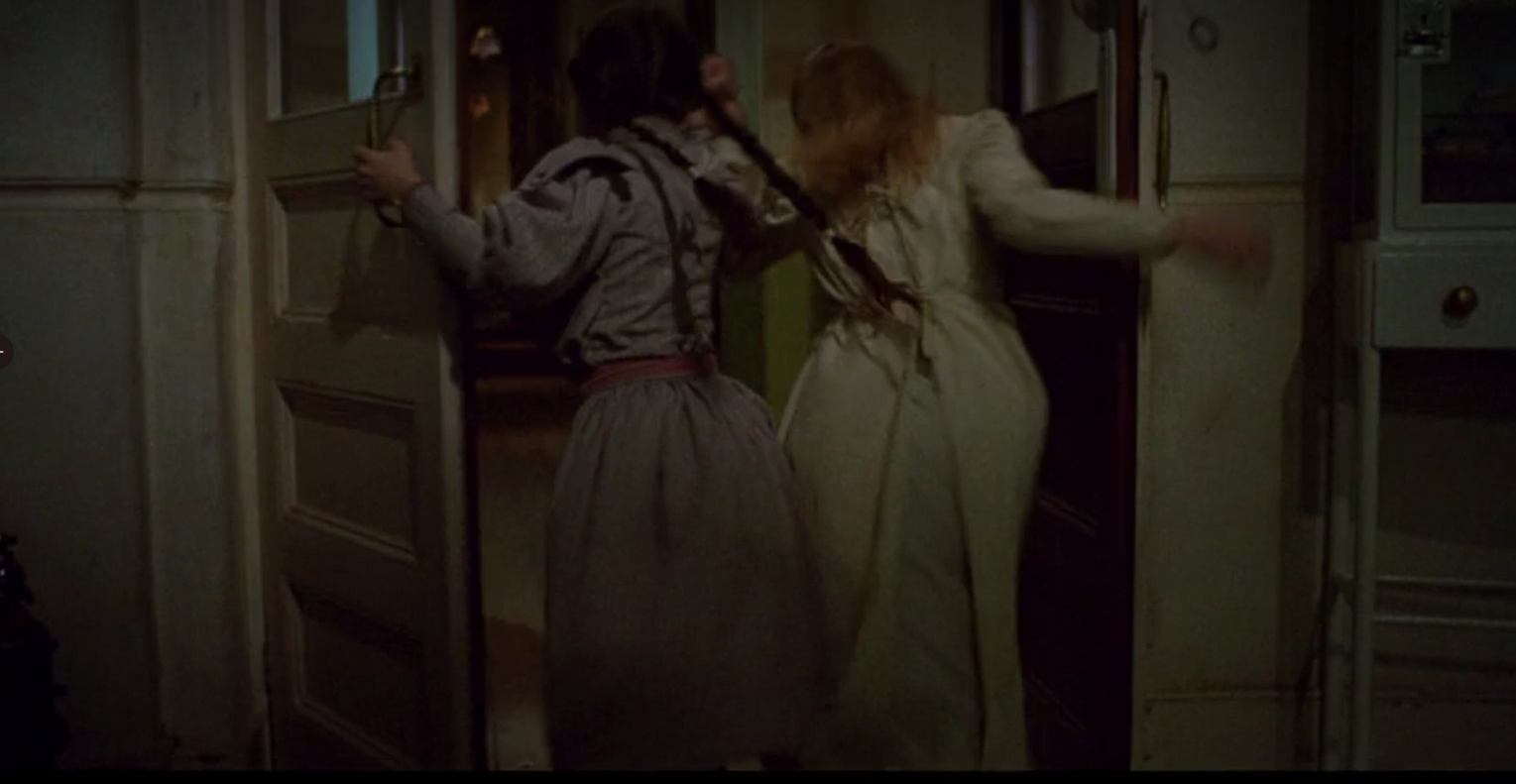 And now, the best evidence of all: In a deleted scene, after Aunt Em and Henry rescue Dorothy, a police officer asks if they've seen any sign of "The other one." Henry says they're still looking. Em says, "God-willing they find her too, poor girl."

I think this completely confirms the fan theory!

Return to Oz is a dissociative fantasy created by Dorothy's mind after witnessing a young girl drown. Go watch the film and see it in that light. It's one of my favorite films. I'm grateful to Walter Murch for creating such a masterpiece.

Leif Eric is a professional Hollywood writer, archivist, editor, and comic book author, whose credits include such classics as the subvursive and deeply psychological look at the human condition, Ghost Star, as well as the masterful and mold-breaking multiple technique animated film, Rag Princess. Leif Eric specializes in tragedy with a touch of comedy, or comedy with a touch of tragedy. His deep insider knowledge and contacts within the Hollywood industry, combined with his candid and unflinching dedication to lighting up the most unnerving truths, place him in a unique position to expertly unravel even the most elusive Hollywood secrets.


Torvald is a cybersecurity consulting professional with a background in data science and software engineering. While attaining his Master's degree in Computer Science, Torvald made the move into cybersecurity as he began to realize just how much of the hidden world of computing is obscured even from the developers. There is always another layer, always something beneath the surface, and always a vulnerability to exploit. Torvald's deep understanding of theoretical models and complex systems, combined with a tenacious drive to track down the hidden truth and an eye for seeing the world from the perspective of an attacker, make him frightningly well equipped to nail down and lay bare any Hollywood theory.